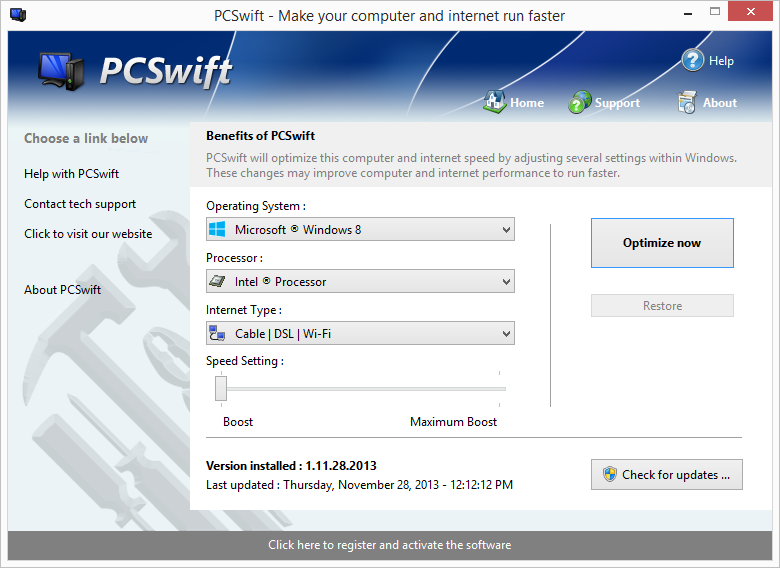 PCSwift sets the standard for PC and internet optimization software. PCSwift instantly makes your computer faster and fixes common problems associated with frustrating slowdowns and errors and squeezes out every last bit of performance your computer and internet connection is capable of.